Thought of the Day – Demos

Thought of the Day – Demos 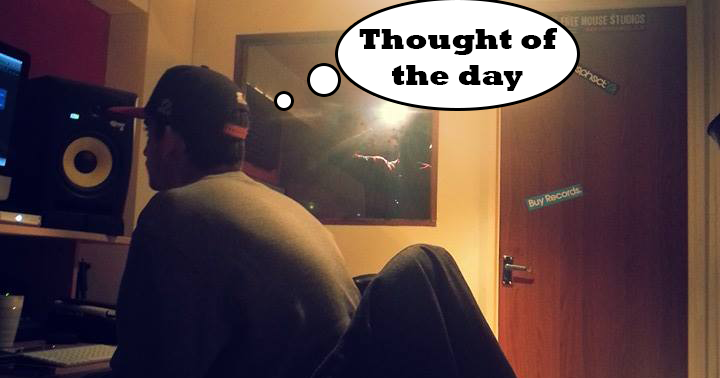 It seems to becoming less and less common for young, new bands to demo their songs before going into the studio.

Demoing is a great way to figure out what does and doesn’t work in your songs – much better than rehearsals.

You’d be surprised how often we have a band recording and find that there is a discord in a part of the song that no one ever noticed before because in rehearsal rooms its often hard for everyone to hear everyone else. This is an easy fix, of course, we find the problem note/chord and replace it. Demoing will, however, show you in more detail parts of a song that feel sloppy or that lack impact – problems that require time to sort out – time that you don’t have in the studio.

It is also a great way to figure out second (and third, fourth and fifth) guitar parts or vocal harmonies/background vocals etc. that can add an extra dimension to your tracks – again, these are often left to the recording day and you don’t want to waste your time figuring out harmonies when you’ve only got so long in the studio to finish your record.

Furthermore, if you are not working with a producer, showing your demos to your engineer will allow them to make much better decisions when selecting gear, drums, amps and so on. Its so frustrating as an engineer to have tracked the drums for a project, then, once everything else is recorded realising that you’d have preferred to approach the drums completely differently had you heard the demos beforehand.

Plus, if you don’t demo, what are you gonna use as the bonus tracks on the 50 year anniversary re-issue of your debut?!?

Demos do not have to be immaculately produced tracks – at the very least record your rehearsal on your iPhone – ideally, though, use a USB microphone or 2 and GarageBand/Audacity to record your drum tracks, then overdub the bass, guitar and lead vocals – this should give enough clarity that you can pick apart each instrument’s part and readdress anything that you feel isn’t working.

Check out the evolution of Peter Gabriel’s ‘Sledgehammer’ below and imagine if he hadn’t continued to work on the song before the final recording.

This site uses Akismet to reduce spam. Learn how your comment data is processed.

We use cookies to ensure that we give you the best experience on our website. If you continue to use this site we will assume that you are happy with it.Ok